Gyeongju Eupseong Fortress and the Surrounding Areas
People say that it’s commonplace to find a precious cultural artifact while digging a ditch in your back yard in Gyeongju. One house in Gyochon Village even has several well-crafted masonry artifacts that have made people wonder where they may have come from. That goes to show you how rich the culture and history is in Gyeongju. Let’s pick a neighborhood, and take a walk around to see if we can find some artifacts or relics from a bygone era hiding in plain sight. Finding these “everyday artifacts” can be great fun because it might feel like a treasure hunt. First, we head over to Dongbu-dong at the heart of the city. Then, we’ll check out the Eupseong Fortress where you can learn what fortresses in the Goryeo and Joseon Dynasties looked like. Alright, let’s get on with our deep-dive into Dongbu-dong. 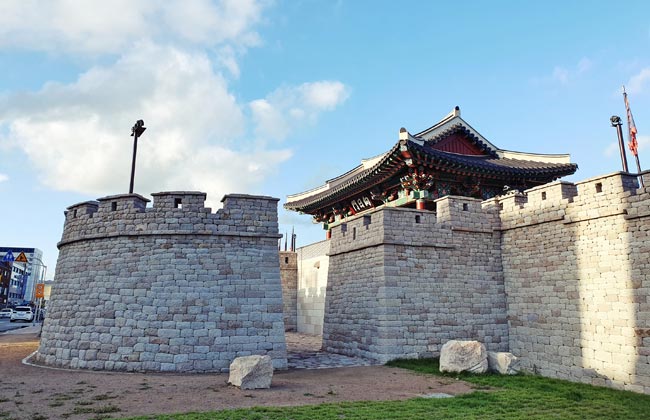 Resurrection of the Gyeongju Eupseong Fortress

Gyeongju Eupseong Fortress was built with the combined purpose of functioning as a military and administrative fortress. Construction started in the 3rd year of the King Hyeonjong’s reign during the Goryeo Dynasty (1012 CE). Originally, built as an earthen fortress, Eupseong Fortress was retrofitted as a stone fortress during the 4th year of King Wu’s reign (1378 CE). After that, the fortress was torn down and reconstructed so many times that hardly any trace of the original fortress remains. The remaining 100 meters of the east wall was built during the 21st year of King Yeongjo’s reign (1745 CE) during the Joseon Dynasty.

A few years ago, the Gyeongju City Hall decided to re-examine the history of Gyeongju during Goryeo and Joseon Dynasties, and restored various relics and historical sights to utilize them as tourist attractions. In particular, experts decided to restore the wall remaining on the eastern side of the fortress (100 meters long) first. They purchased the real estate, began archaeological excavations, and started restorative works in 2014. After just five years, experts were able to restore the eastern gate of the fortress called Hyangilmun Gate, and open it to the public last November. 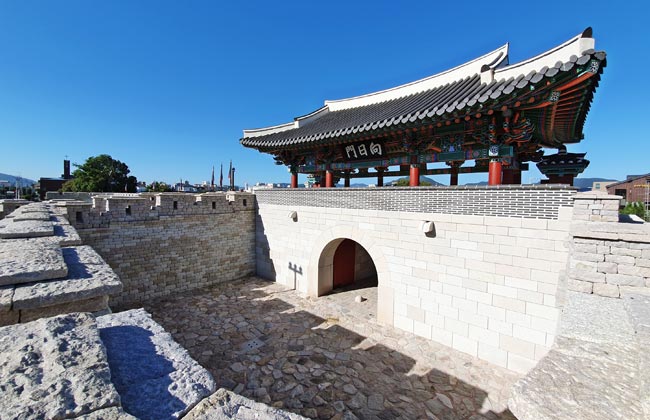 Let’s take a closer look at some of the details belonging to the restored Gyeongju Eupseong Fortress. Standing at the eastern gate, the first thing you’ll note is that the sun rises directly in front of the gate. That is why the name Hyangilmun Gate (向日門) literally means “Sunrise Direction Gate.” In front of Hyangilmun Gate is its fortified castle entrance which guards the gate from direct assault by enemy forces. The remaining wall was built up and extended to 324 meters. Also, with Hyangilmun Gate in the middle, bulwarks were restored on both sides of the wall. A Chiseong refers to a protruding rectangular structure that stretches out from the main axis of a fortress wall to help soldiers inside the castle defend enemy forces more effectively. In the past, our ancestors used Chiseongs to defend their enemy, but today, we can use it as the perfect observation deck to enjoy the view inside and outside the Eupseong Fortress. 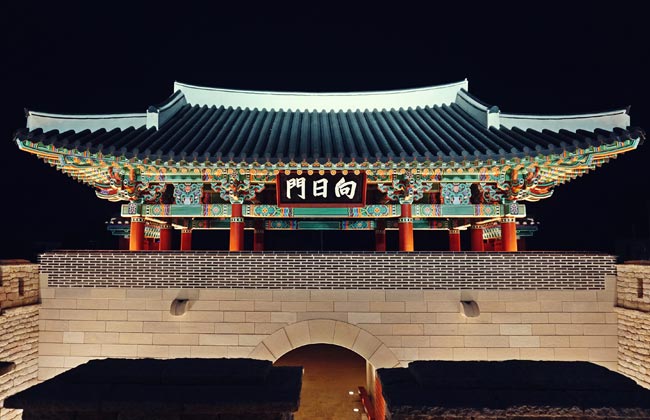 Gyeongju Eupseong Fortress, a Great Destination during the Evening

At sunset, you might notice two impressive trees above the castle. In addition to its impressive landscape, Gyeongju Eupseong Fortress is now known as a great place enjoy the view during the evening. Hyangilmun Gate lights up at night with 480 LED lights installed at the top and bottom of the guard towers, eaves, fortified castle entrance, crest tiles of the roof, and castle walls.

When you’re done with the Gyeongju Eupseong Fortress , have a look around the surrounding area. Not far off is the Gyeongju Cultural Center, which sits at the very location where government offices used to be during the Joseon Dynasty. During the Japanese occupation, the Gyeongju Cultural Center was used as Gyeongju branch of the Japanese Governor General of Korea Museum. It was also used as the Gyeongju National Museum until it moved to its present location. On the left side of the entrance, there is also National Treasure No. 29, the magnificent Bell of King Seokdoek the Great, which hangs in its own Bell Pavillion. It is a good place to stay and relax in the middle of old buildings and well-maintained gardens. 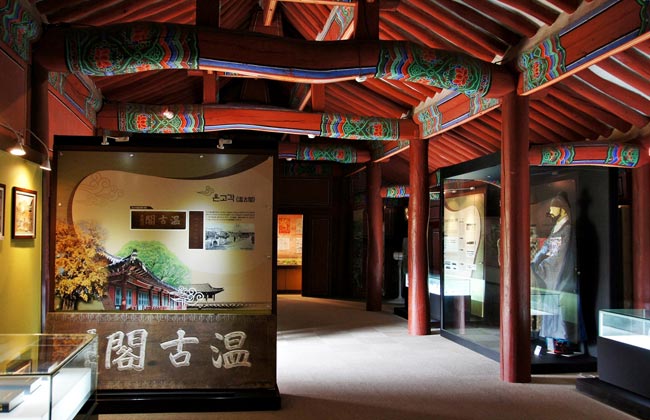 The old government office building is now a Folk History Museum. It showcases relics, including a reconstruction of the Gyeongju Eupseong Fortress, that can give you insight into how Gyeongju would have looked like during the Joseon Dynasty.

Behind the Folk History Museum is Gyeongsangbuk-do Monument No. 66, The Gingko Tree of Dongbu-dong. This gorgeous tree is over five hundred years old. It’s a can’t miss destination in autumn, so don’t forget to check it out.

Donggyeonggwan was used as an inn by envoys and officials during the Goryeo and Joseon Dynasties. It is said to have originally been a royal building during Silla period. There were three buildings, Chungcheong, Dongheon, and Seoheon but only the Seoheon remains. The Donggyeonggwan that stands today was relocated and restored. That’s why its unique façade and exterior stands out. In particular, the roof is asymmetrical with a gambrel roof on one side and double gambrel roof on the other side.

Nestled between houses in the vicinity of the Gyeongju Lifelong Learning Center is the site of an ancient shrine called “Jipgyeongjeon,” built as a shrine for the portrait of King Taejo (Yi Seonggye) of the Joseon Dynasty. Although the building was burned down during the Japanese Invasion of Korea in 1592, you can still see some of the stone structures and the memorial stele (集慶殿舊基) of the original building to this day.

#5Cafés around the Gyeongju Eupseong Fortress

The Gyeongju Eupseong Fortress is surrounded by streets like Eupseongbakgil (Eupseong Fortress Outer street), Eupridangil (Town Area street) and Dongmunapgil (East Gate Front street), which are all related to the Eupseong Fortress. This neighborhood is becoming a hotbed for cafés that are full of personality. Here’s a look at some of the cafés in this up-and-coming district that may follow in the footsteps of Hwangridan-gil. 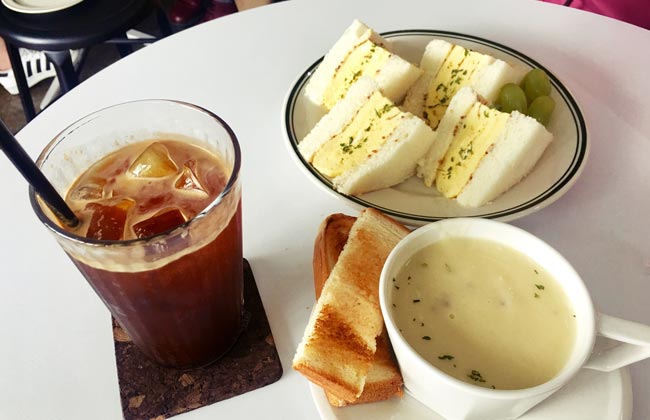 Café In Our Time

A brunch café famous for its Japanese-styled tamago sandwich. 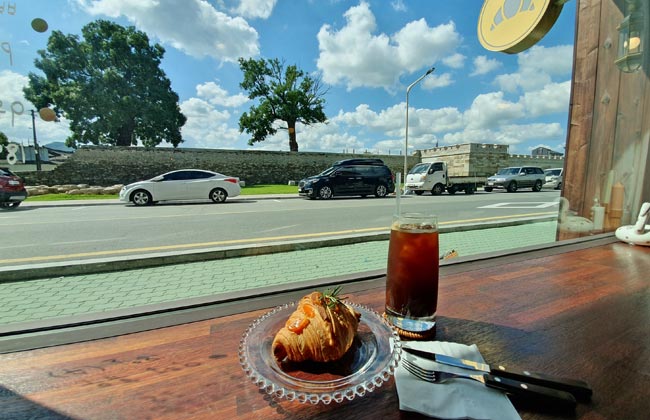 Bakery café that specializes in croissants. 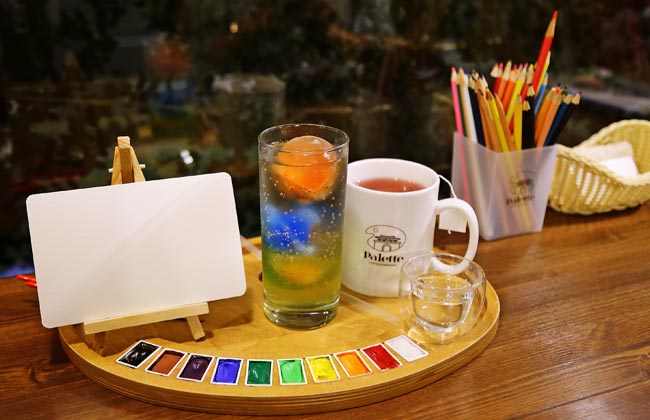 A drawing café full of charm and personality. 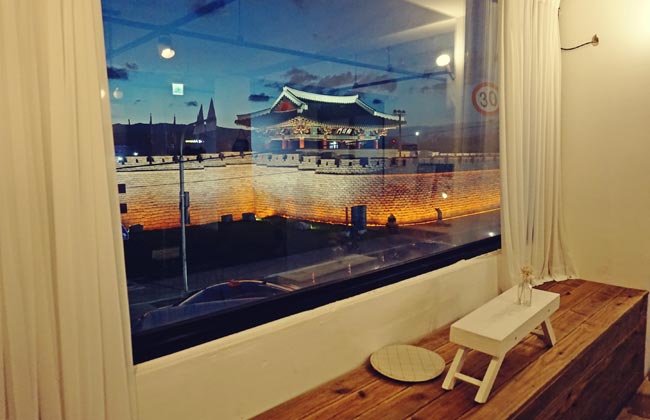 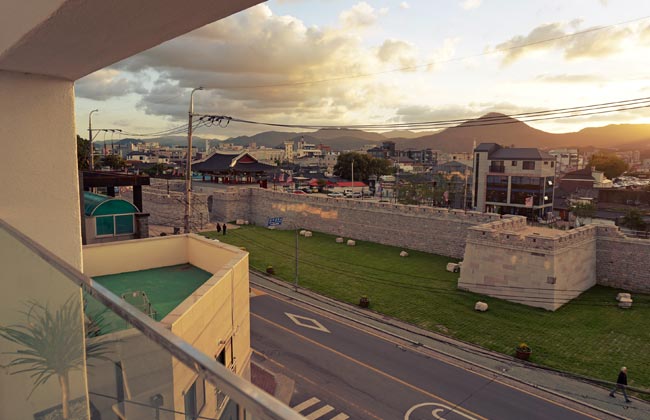 Seongdong Market is the largest permanent wholesale market in Gyeongju, and is located near the Gyeongju Eupseong Fortress. Originally started as a dye market, Seongdong Market has stayed in its present location since 1971. It has been neatly refurbished with modern facilities and a newly built parking tower to give visitors a better shopping experience.
Seongdong Market is a food heaven. It even features a street cuisine section with plenty of restaurants selling gimbap, tteokbokki, sundae, and other deep-fried food.
Another can’t miss food spot at Seongdong Market is the Korean Food Buffet Village, which serves up great Korean that tastes just like homemade food. There are dozens of side dishes to eat and deciding what to try is half the fun. The interior has been remodeled recently to make it even cleaner. In addition, Seongdong Market has several specialized streets, such as the vegetable street, fruit street, dried fish street, seafood street, and sundries street, which can be very interesting to check out one after another.