< Run through Gyeongju, the city where you can feel the spirit of Silla. > 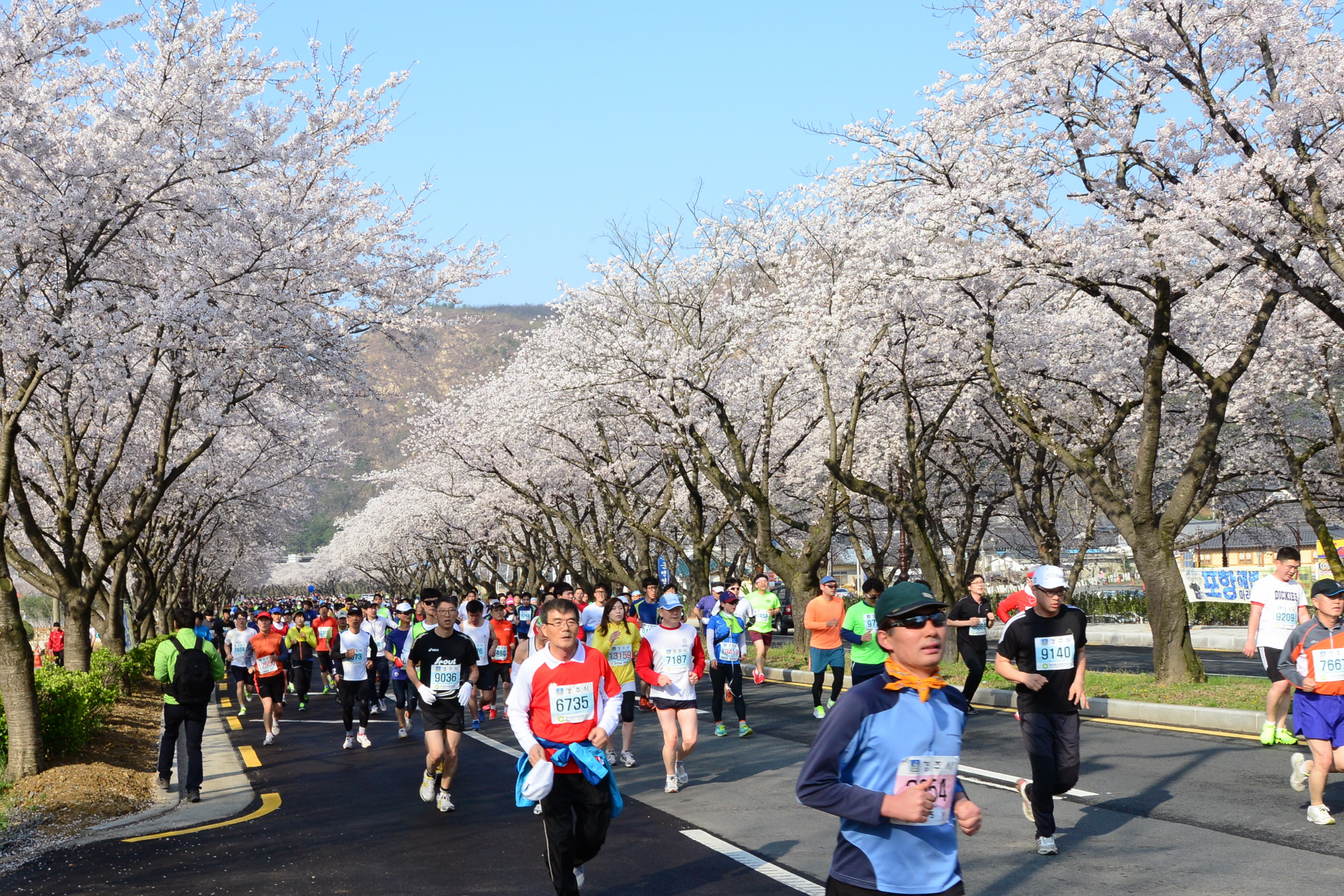 『The 23rd Gyeongju Cherry Marathon』 was held on April 5, 2014 in Gyeongju, the old capital of 1,000 years of history of Silla and the city of history, culture, tourism, and sports.

Jointly hosted by Gyeongju City and Yomiuri Newspaper West Office of Japan and organized by Gyeongju City Sports Association, 『The 23rd Gyeongju Cherry Marathon』 began on April 5 (Sat) at 8 AM. The passionate race of youth and health started on the road in front of Gyeongju Culture EXPO Park and was run by a total of 14,051 runners, including 12,751 marathoners of Korea and 1,300 foreigners from 31 countries.

This event, held in the beautiful city of Gyeongju known for its splendid history and culture and heavenly natural environment, was held in a festive setting filled with things to see, taste, and enjoy.

About 1,700 people of Gyeongju cheered the runners throughout the course.

Each of the participants received a souvenir, number tag, and full course medal. Runners in 1st to 30th places were awarded for male/female adult full course, half course, and 10㎞. The winners of town-to-town competition and federation competition were also awarded.